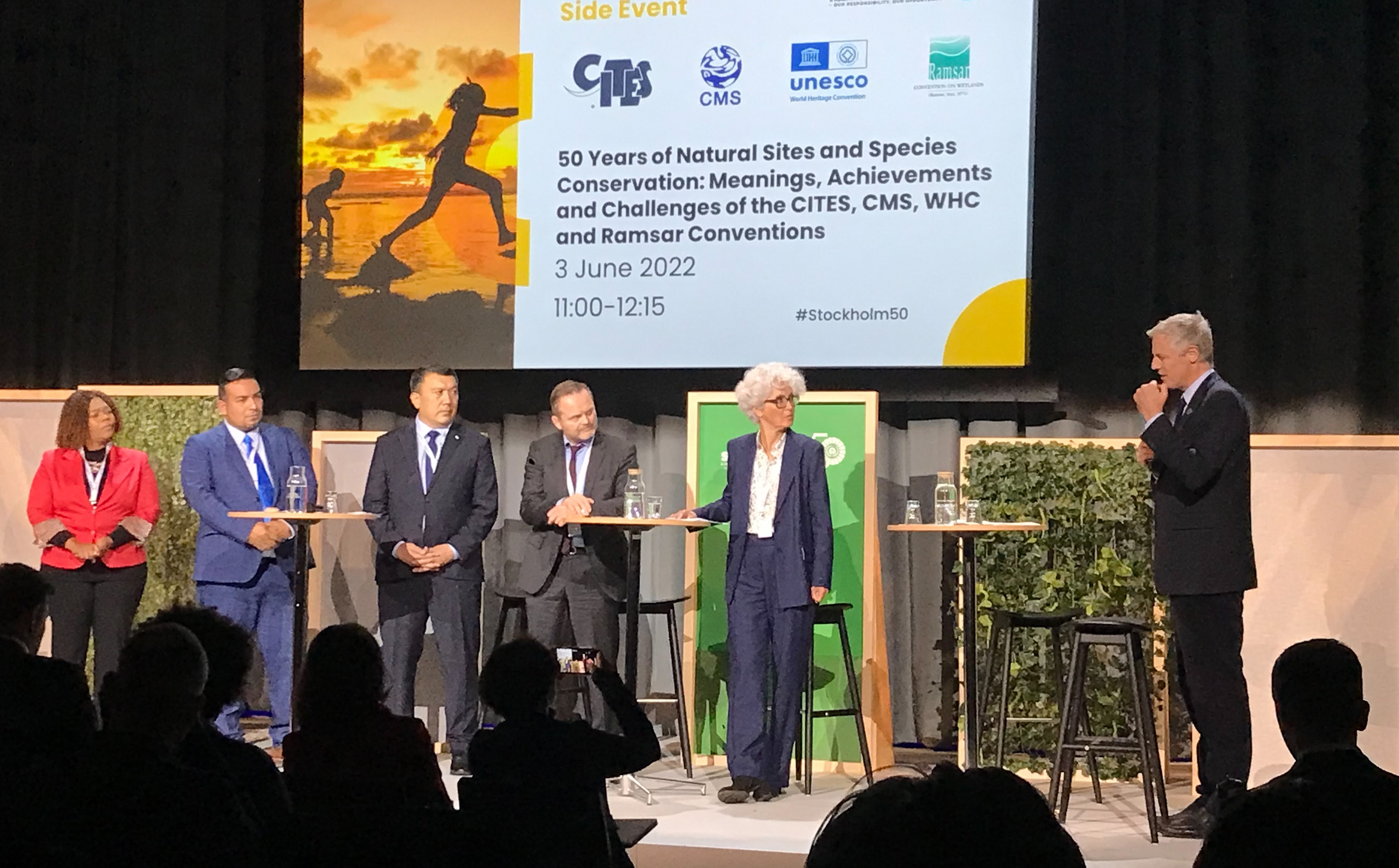 The recently concluded Stockholm+50 Conference marked not only 50 years since the crucial conference on the Human Environment but also the origins, fifty years ago of four Conventions that have since shaped cultural and wildlife conservation.

At a specially arranged side event, the Swiss Secretary of State for the Environment, praised not only the individual contributions to conservation but also highlighted the impact of shared work and collaboration between the four. Katrin Schneeberger said, “In this case, one plus one plus one plus one equals more than four.”

The International Environment Minister from the United Kingdom, Lord Goldsmith recognized that “These extraordinary organizations have delivered real, proper, measurable benefits across the world,” but the work must continue as “Nothing is more important than” […] “the existential challenge we face in relation to the natural world.”

The Environment Ministers of Uzbekistan and Venezuela, spoke of their countries’ natural richness and the contribution that being a party to the conventions makes to their conservation efforts.

Philda Kereng, Environment Minister from Botswana, spoke of how the country values its wildlife and how local communities are core to the conservation efforts, “Our lead story is in conservation that is based in the communities and this is what the world should learn from.”

The Presidency of the European Union passes to the Czech Republic in July of this year and Deputy Environment Minister Jan Dusik, said that the priorities for conservation and biodiversity preservation that the Conventions have will also be his country’s priorities during the time they hold the presidency. He noted the three crucial meetings taking place in the second half of this year, namely the meetings of the Conference of the Parties to CITES, Ramsar and the Convention on Biological Diversity. 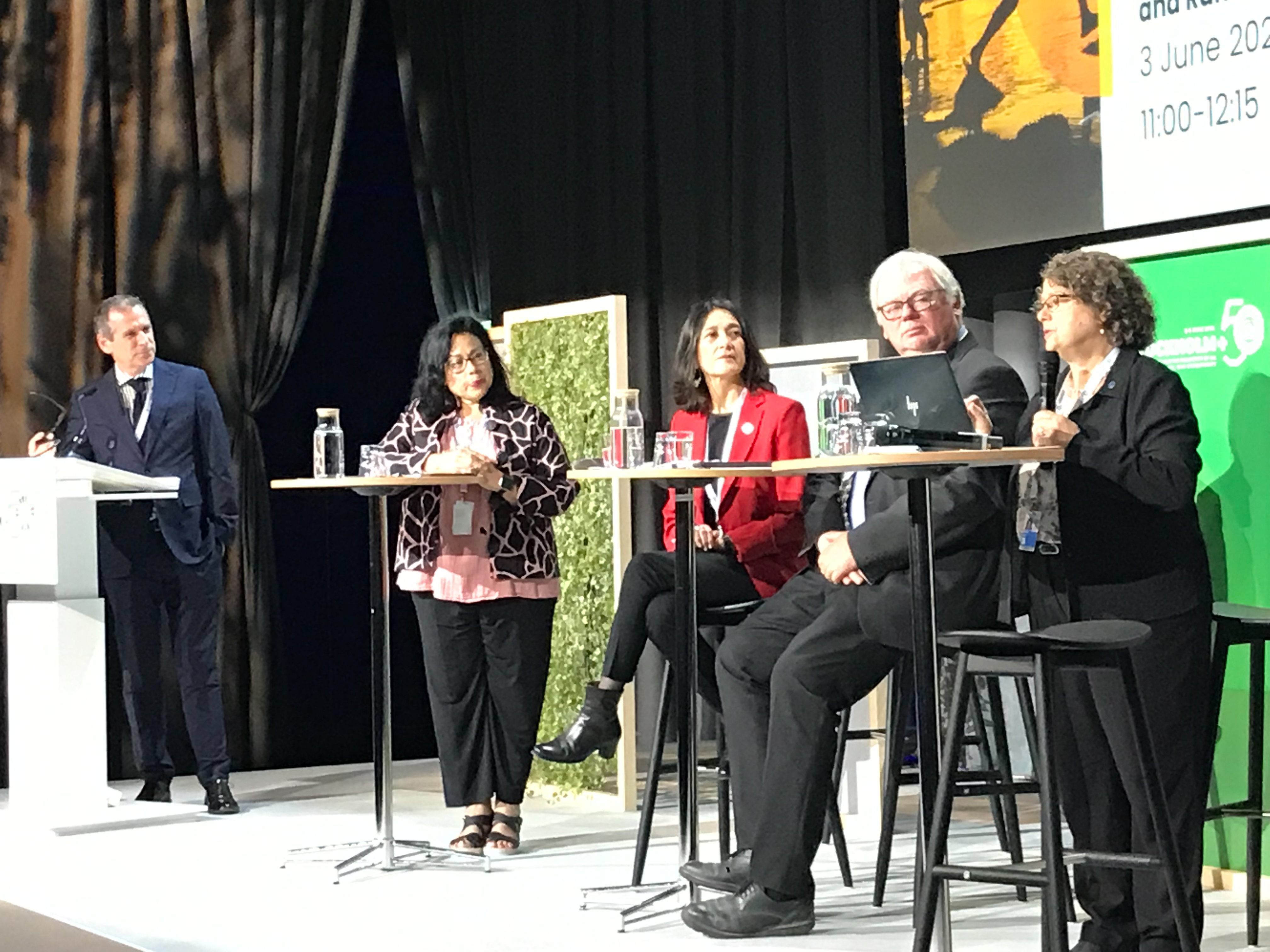 For Ramsar, Secretary General, Martha Rojas Urrego pointed out that, “Even though these Conventions were signed fifty years ago, they are as relevant as ever because they are focusing on key issues on the environmental agenda.”

Guy Debonnet, from the World Heritage Centre which lists the world’s most important natural and cultural sites, said, “These conventions are concrete. They deal with sites, they deal with species, so they produce tangible benefits very quickly.”

Amy Fraenkel, the Executive Secretary of CMS, talked of the importance of understanding how vital nature is, “My greatest hope for the future is that the value of nature would be appreciated by all decision-makers, governments, private sector and others. Investing in nature brings benefits for everything.”

Finally, for CITES, Secretary-General, Ivonne Higuero, struck a note of optimism, “The environmental challenges we’re facing are great, but we are equipped for them and this Stockholm Conference must give us a renewed impetus to work together to reverse the loss of biodiversity we’ve seen and ensure we reach a balance with nature.”