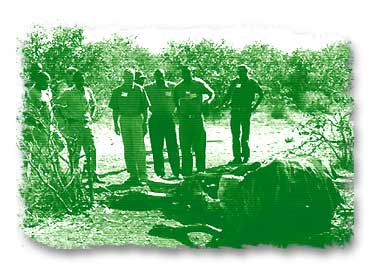 MIKE and ETIS are monitoring tools used by CITES in the complex business of assessing policies for trade in elephant products. Much is at stake when trade controls for elephants are debated within CITES. The polarity of opinion among the Parties on the subject, together with associated passions, has threatened to skew the working of the Convention in practice and challenged the basis on which it operates. For these reasons, as well as for the benefit of elephant conservation itself, it is crucial that the decisions taken by CITES on elephant issues are based, and seen to be based, on the best possible information. MIKE and ETIS have been adopted by CITES as sources of such information, to support its decisions on elephants.

MIKE stands for Monitoring the Illegal Killing of Elephants and ETIS for Elephant Trade Information System. Both emerged after the 10th meeting of the Conference of the Parties as systems for tracking illegal activities involving elephants. At its 11th meeting (Gigiri, 2000), the Conference of the Parties approved both systems for implementation. It confirmed this decision at its 12th meeting (Santiago, 2002) with a few refinements [see Resolution Conf. 10.10 (Rev. CoP16)].

MIKE and ETIS are established under the supervision of the CITES Standing Committee. The Committee has formed a MIKE-ETIS Subgroup to oversee the further development, refinement and implementation of the programmes. The Secretariat has established an independent Technical Advisory Group (MIKE-ETIS TAG) to provide technical oversight to both MIKE and ETIS.

More information on MIKE and ETIS is available on this site.