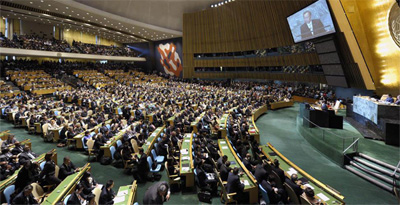 Geneva/New York, 30 July 2015:  Concerned over the serious nature and the increasing scale of poaching and illegal trade in wildlife and its adverse economic, social and environmental impacts, and expressing particular concern over the steady rise in the level of rhino poaching and alarmingly high levels of killings of elephants in Africa, the United Nations General Assembly unanimously adopted today a resolution on ‘Tackling Illicit Trafficking in Wildlife’.

The UNGA Resolution expresses concern that illicit trafficking in protected species of wild fauna and flora is in some cases an increasingly sophisticated form of transnational organized crime that poses a threat to health and safety, security, good governance and the sustainable development of States.

In welcoming the Resolution, the Secretary-General of CITES, John E. Scanlon, said: “The adoption of this UNGA Resolution reflects the heightened level of political concern over the devastating impacts of poaching and illegal trade in wildlife. It is particularly important in strengthening the political resolve to combat these serious crimes.”

"The 25-member UN Group of Friends on Poaching and Illicit Wildlife Trafficking established in New York in December 2013 and co-chaired by Gabon and Germany has been instrumental in the preparation of the draft resolution.  The two high level side events on poaching and illicit wildlife trafficking co-organized by Gabon and Germany in September 2013 and September 2014 in the margins of the UN General Assembly helped pave the way for the adoption of this Resolution today" added Scanlon.

The UNGA Resolution calls for firm and strengthened national measures, and an enhanced regional and global response. It is aimed at both supply and demand, including by strengthening the legislation necessary for the prevention, investigation and prosecution of offences, treating certain wildlife offences as a serious crimes, providing for illegal trade in wildlife offences to be treated as predicate offences (for anti-money laundering offences), supporting the exchange of evidence between States and taking steps to prohibit, prevent and counter corruption.

It urges States to reduce demand for illegal wildlife products using targeted strategies to influence consumer behavior, emphasizes that the protection of wildlife must be part of a comprehensive approach to achieving, inter alia, sustainable development and sustainable livelihoods and encourages States to address sustainable and alternative livelihoods for affected communities to enable them to benefit from wildlife and wilderness.

The UNGA Resolution recognizes the legal framework provided by and the important role of CITES and the importance of other biodiversity-related international conventions. It reaffirms the effectiveness  of, and the  legal framework provided by, the UN Convention Against Transnational Organized Crime and the UN Convention Against Corruption. It also recognizes the role of the International Consortium on Combating Wildlife Crime (ICCWC) in providing technical assistance to States in combating illegal trade in wildlife. 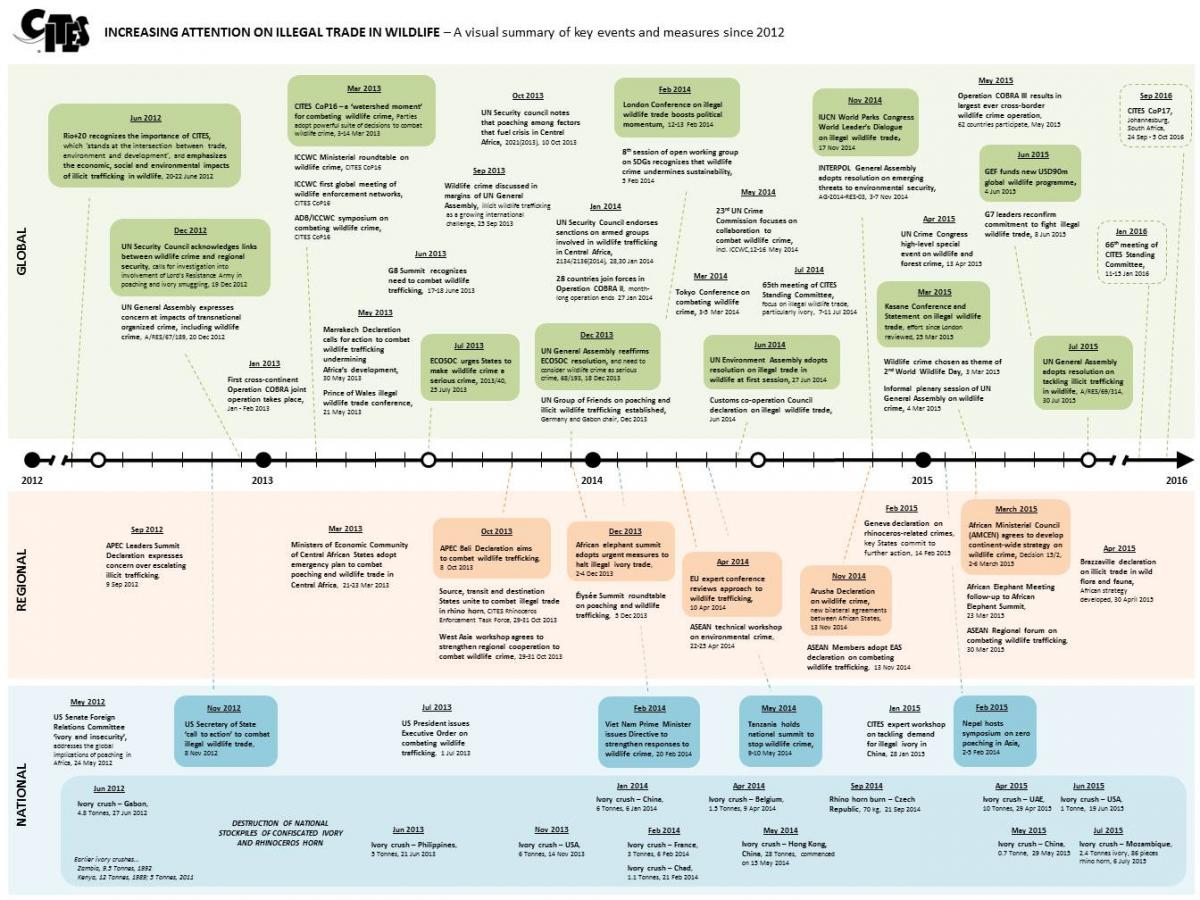 Further details of the UNGA Resolution

The UNGA Resolution, which has 18 preambular and 17 operative paragraphs, includes paragraphs that, inter alia:

Call upon Member States to make illicit trafficking in protected species of wild fauna and flora involving organized criminal groups a serious crime, in accordance with their national legislation and article 2 (b) of the United Nations Convention against Transnational Organized Crime. It also recognizes the important work of ICCWC, a collaborative effort of five inter-governmental organizations providing technical support to States.

Recognize the legal framework provided by and the important role of CITES, which stands at the intersection between trade, the environment and development, in promoting the conservation and sustainable use of biodiversity by ensuring that no species entering into international trade is threatened with extinction.

Encourage all Member States of the United Nations to adopt effective measures to prevent and counter illicit trafficking in fauna and flora and their products, urge all CITES member States to take measures to ensure the full and effective implementation of their obligations under CITES, and further urge UN Member States that are not yet a Party to CITES to consider acceding to the Convention.

The full text of the Resolution is available in the 6 official languages (Arabic, Chinese, English, French, Russian and Spanish).

With 181 Parties, CITES remains one of the world's most powerful tools for biodiversity conservation through the regulation of trade in wild fauna and flora. Thousands of species are internationally traded and used by people in their daily lives for food, housing, health care, ecotourism, cosmetics or fashion.